Learn more about our church missions and the communities we serve both locally and globally.

Jesus calls all of us to be his witnesses to the ends of the earth. The Missions Mobilization Team (MMT) seeks to help PCC engage in this calling by encouraging each of us to share the love of God within our city, as well as providing opportunities to come alongside others through short-term missions. Beyond fostering a culture of looking beyond our church walls to our neighbors, we also partner with a number of full-time missionaries, some who touch lives here in Regina and others overseas, through financial and prayer support.

The bulk of our fundraising for our missionary partners happens at the annual October Mission’s Festival, the Sunday after Thanksgiving. Congregants can also give to missions throughout the year by designating donations for specific sponsored partners, organizations or projects. Offerings received the fifth Sunday of any month also go towards missions, specifically our Multiply sponsored partners and short-term missions. Students working at Christian summer camps, PCC run summer children’s programs and short-term missions trips are eligible to access these ‘short-term missions’ funds.

The Missions Mobilization Team meets regularly to discuss how we can best encourage and support PCCers in those places where God is calling them, in their own life setting right here in Regina, and foster connections with our missionary partners. As a team we long to listen to God together, joining Him in the work He is already doing in Regina and beyond. 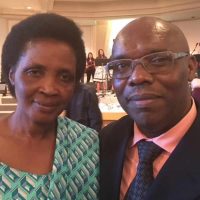 In 2015 Athanase and Beata arrived in Regina from Africa with five of their children. Before coming to Canada, Athanase and Beata planted churches wherever their travels took them. Bishop Athanase works with the congregations that God has established through African connections, or churches that have grown from those church plants.
Read More...
Many in whom he previously invested have now moved to the United States, Europe and cities within Canada creating new churches. Others continue to pastor in Africa within refugee communities. Bishop Athanase provides guidance to these churches and responds to invitations to visit, encouraging members of the body of Christ with the word of God. Working out of PCC in Regina, Bishop Athanase also pastors the Mission Pentecostal Church.

Walter and Cindy were married in 1989 and immediately became involved in ministry in Regina’s north central community. God impressed upon them the need for a “spiritual hospital” for the wounded of the community and in 1994, Healing Hearts Ministry began in the Albert Scott Community Centre.
Read More...
The team of leadership expanded, and the ministry has grown beyond Regina to communities in Northern Saskatchewan, Manitoba and Alberta. Currently, Walter and Cindy are Executive Directors of Healing Hearts Ministries, Inc. while also serving as General Director for Northern Canada Evangelical Mission with headquarters in Prince Albert, SK. They have three grown children: Mark (and Amy) living in Gladstone, MB, Daniel in Regina, and Caylea in Regina. 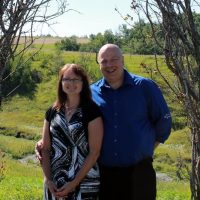 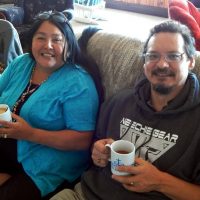 Nick and Vivian are faith missionaries serving urban First Nations people in Regina, Saskatchewan. As founding members of the Healing Hearts community, Nick and Vivian both actively reach into the community they came out of over 20 years ago.
Read More...

In order to supplement their missionary support, Nick serves as a half-time chaplain at the Regina Provincial Corrections Centre. Nick and Vivian were married in 1995. They have raised many children, having been foster parents for over 15 years.

The Regina Youth For Christ (RYFC) Community Team’s work is to share the gospel with and disciple individuals who are primarily unchurched and have often been given up on. The youth RYFC serve come from a variety of backgrounds and each individual faces unique challenges.
Read More...
We desire to see each one of them come to saving faith in Christ and be equipped with the necessary tools to live a whole and healthy life. Our goal is to make disciples, who in turn make disciples and change the world around them. Kirstie leads a Junior and Senior Youth group, a girls support group and a discipleship training course. She also oversees volunteers and mentors, mentors young girls, and helps with Lamb’s Boxing Club. Please pray for God’s leading and life-giving, spirit-filled contact with youth.
For more information on these organizations: Youth For Christ Regina 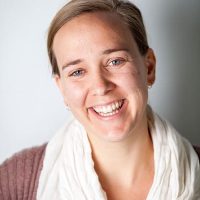 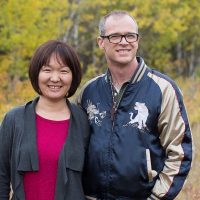 Cory was born in Canada and raised in Australia as a missionary kid. Masami was born and raised in Japan. Cory and Masami met at University in Winnipeg and later married, starting their family of three boys while living in Manitoba. In 2015 they moved to Osaka, Japan to work with MB Mission.
Read More...
Cory and Masami work with local Mennonite Brethren churches in the areas of community outreach, evangelism and leadership development. They also have a passion for the marginalized, and minister in small group settings to those who are living on the streets of Osaka.

Learn More about this organization:
Multiply

Wally and Arlene have always been open to missions but could not have imagined how God would use them.They were involved with youth work for 13 years, as well as being kids club leaders and Sunday School teachers.
Read More...
In 2007, God led them into ministry with the Christian Motorcyclists Association, which is a relational ministry that brings the light and love of Jesus to those in the biking world. They are still involved in this ministry. The Healing Hearts Ministries Inc. motto, “Bringing the Healing Touch of Jesus to Wounded Hearts,” resonates with Arlene’s heart. God has called her to come alongside women; to walk with them as they journey through healing in their lives and learnto trust Jesus to deliver them from their hurts and wounds. Arlene finds it a privilege and joy to encourage women to move forward into an intimate relationship with Jesus. Arlene has been serving with Healing Hearts Ministries Inc. since October 2012. Wally and Arlene are active members of the Healing Hearts Ministries congregation in Regina. They have three married children and seven grandchildren.
Learn More about this organization:Healing Heart Ministries 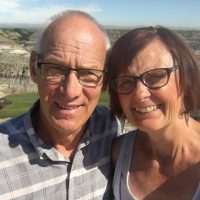 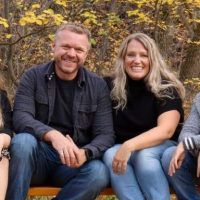 Matt and Ruth serve with Multiply’s Mobilization Team in central Canada and are involved with the Global Media Network.

Learn More about this organization:
Multiply

Richard and Hazel are presently providing Member Care for global workers in Europe and Central Asia, and are completing forty-seven years in missions.
Read More...
In addition to providing member car, they serve as mentors to various Austrian church leaders through teaching, counselling and training seminars. Richard and Hazel plan to retire in April 2021, and they look forward to spending time with their children and grandchildren.

For more information on these organizations:
Multiply 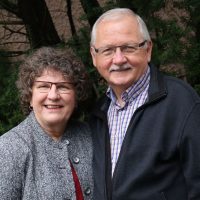 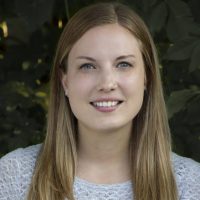 Caylea Selke has been part of ministry in and around Regina all her life. Her present work includes NCEM’s communication through social media, while she continues to minister to youth face-to-face in Regina, Saskatchewan.

Learn More about this organization:
NCEM

As a child he was ‘Madou the Terrible’, beating up other kids until he was 16 years old when missionaries came to his hometown and Madou learned about life in Christ. Though his father briefly disowned him because of his faith, his father soon called Madou back home to live with him. This is when Madou received a call from God to do His work.
Read More...
When Phil and Carol Bergen, missionaries in Burkina Faso, were looking for someone to take the new church in N’Dorola to the next phase, they knew they needed someone with gifts of evangelism and discipleship who was from the same cultural heritage as the Nanerigé. They learned about Madou, a Senufo pastor from a neighbouring village in Kotura, who was gifted in these areas. By God’s grace, Madou’s church released him to become a missionary to the Nanerigé people. Today, Pastor Madou continues to serve among the Nanerigé people, pastoring, discipling and training local leaders. He is currently overseeing the three graduate Nanerigé pastors who were placed in various churches in the Nanerigé area after the Bergens left Burkina Faso. He also helps with teaching at the Pastor’s training school, where this past year two individuals from Nanerigé area churches were students.
For more information on these organizations:Multiply 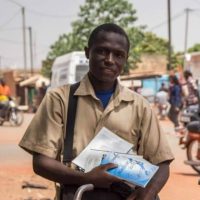 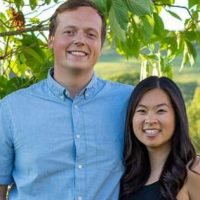 Jonathan and Melissa met at church in 2014 and were married in 2016. In 2017, they went on a vision trip to Kenya and Uganda, and it was during this trip that they felt that God was affirming their call to missions. Jonathan and Melissa are excited to step into this new season of life and ministry.

Please prayerfully consider partnering with Jonathan and Melissa as they serve with MAF in Indonesia.

Jonathan grew up in Saskatchewan, and also spent five years in Belize where his parents served as missionaries. His parents led him to the Lord as a child, and after high school he attended Prairie Bible College where he attained his pilot’s license. While at Prairie, he was inspired by his instructor and felt God nudging him to consider mission aviation. After graduating, he gained experience flying in northern communities throughout Canada.

Melissa was born and raised in Saskatchewan. As a child, she attended summer camp, and it was there where she became a Christ-follower. In high school, melissa was part of a few short-term mission trips, which sparked her passion for ministry. She graduated in 2015 with a Bachelor of Science in Pharmacy and has been working as a pharmacist, as well as instructing at the University of Saskatchewan.

Learn More about this organization:

along with our missionaries, we also have strategic partnerships and affiliations who we work with or support in seeking to build Christ’s kingdom. Click on any of the images to learn more about these organizations.