Get to know our church leadership and please get in touch if you would like to chat.

Mike and his family came to PCC in March 2019. He is passionate about ministering to the whole church – all ages – and seeing the church being a light in the community.

Mike is married to Christina, and has four daughters – Caralyn, Rachel, Madison, and Brooklyn. He enjoys woodworking, reading, movies, and also dabbles in website design and desktop publishing.

Mike’s education includes a B.A. in Philosophy, a Masters of Divinity at Taylor Seminary in Edmonton, and in 2018 he completed a Doctor of Ministry degree in which his dissertation examined the role of technology in the overall ministry and mission of the church. 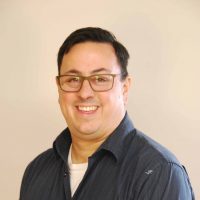 Kristen is passionate about supporting families as they grow in Jesus. She desires seeing parents take on the role of spiritual leaders in their families, and for kids to know that they are loved, wanted and have a place in the family of Christ.
Read More...
Kristen came to PCC in 2016 with her husband Benjamin and their 3 kids, Odyssa, Truett and Navaeh. As a family, they love to travel and explore the world around them. Kristen loves talking, going on coffee dates and all things glittery. In her spare time, she reads, plays games and drinks Starbucks refreshers. 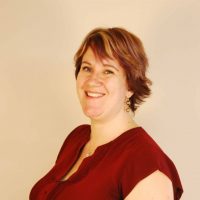 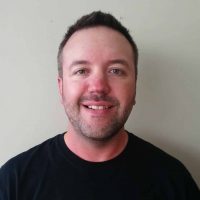 Ben Kramer started on staff in 2019 in a part time role to help nurture and develop discipleship at PCC, and also assist with teaching and preaching in the church.
Read More...
Ben has been in ministry for 20 years, and has filled roles as a church planter (Pilot Butte, SK), youth pastor (Swift Current, SK), and lead pastor (Brandon, MB). He graduated in 2002 from Briercrest College with his Bachelor of Arts in Theology, and he has completed Masters studies in New Testament theology. Ben has been a member of the National Board of Faith and Life for the Canadian Conference of Mennonite Brethren Churches. In addition to his duties as Pastor of Discipleship at PCC, he also writes about fantasy sports for DailyRoto.com and CFL.ca. Ben is married to Jennifer and they have three boys ages 8-13.

Yoriko joined the PCC staff in fall 2020 as administrative assistant. She was born and raised by her missionary parents in Aomori, Japan.
Read More...

Yoriko moved to Canada in 2013 to attend Briercrest College where she graduated with an Associate of Arts degree in Biblical Studies. She also met her future husband at Briercrest, and Yoriko and Brandon have been married since July 2016. In 2019 they moved from Swift Current to Regina. Yoriko enjoys making Japanese food, organizing, being in nature, taking photos, and she is presently working on improving her videography skills. She hopes that she can use the skills learned at her previous places of employment to better serve the church in her role as Administrative Assistant. 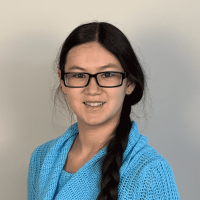 James’ connection to PCC goes back to when he attended the weekly Boys Brigade ministry and was privileged to be mentored by godly leaders through Bible studies, sports and outdoor trips.

In 2016 James and his family found their way back to PCC and have enjoyed involvement with music teams, children and youth ministry, Quest groups and the Elders board. God has called the church to appoint elders and overseers to lead the church by the power of the Holy Spirit. As an Elder, James has been challenged to be the spiritual leader in his home and to set an example for Christ in interactions with community members. James is committed to being an Elder that is Christ-focused, Spirit-led, and focused on biblical truths and prayer. He desires to see the church be the hands and feet of Jesus, serving others and spreading the gospel through word and through lifestyle evangelism.

James and Dena are the parents of four adult children. James has served as a missionary with Youth for Christ for the past 23 years. His hobbies are running, cooking, handyman projects around the house and enjoying a good movie. 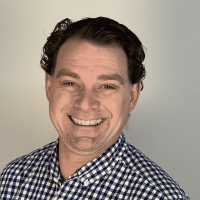 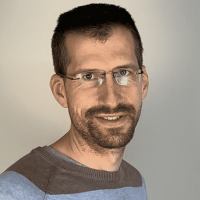 Jared is dedicated to growing in obedience to God and he strives to honour this commitment as he serves on the Elders Board at Parliament Community Church.
Read More...
Jared’s roots at PCC date back to the early 90’s when his family started attending the church. Now as an adult, Jared, along with his wife Jeanette and their three young daughters, is committed to serving in this faith community. Jared’s desire is that church be a place where we ask the questions “What do you hear God saying?” and “What are we going to do about it?” Jared works as a mechanical engineer at a local consulting firm and enjoys spending time with his family and participating in many outdoor pursuits.

Marilyn joined the elders board in 2020 and her desire and prayer for PCC is to see people become followers of Jesus as they see Him reflected in us, His ambassadors.

She also prays that God’s people at PCC will be encouraged to use the spiritual gift(s) God has given to each individual for the building up His body, the church.

Marilyn was born in Pakistan, where her parents were missionaries. She finished elementary school in Pakistan, spent three years in the USA, and then moved to South Africa where her parents worked among the large Indian population in Durban. Marilyn completed high school and business college and then returned to the USA for a year of Bible School before returning to South Africa for studies in nursing and midwifery.

After working as a nurse/midwife for a number of years she felt God calling her to full-time mission work. God led her to join Operation Mobilization Mission (an inter-denominational world mission) in France where she met Allen – a Canadian who became her husband. They spent two years church planting in Quebec City, and then moved to Regina in 1979 where they have lived since then; except for about two years in Japan, where they taught English in two MB Churches in Osaka.

As an Elder, Marilyn depends on the Lord for wisdom, discernment and strength. She is constantly reminded by God’s Spirit that Elders serve His Church, and all decisions must be seen in the light of what God desires for the Church. 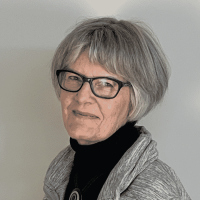 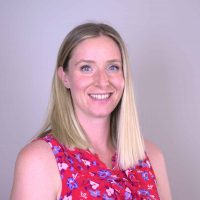 Beth is new to the Elders board as of 2021. She is excited to see what God has planned for PCC and learn more about what church leadership is.

Having grown up in a rural Manitoba church then attending other denominations while at university, Beth and her husband found that PCC was a place where they could serve and grow. They have attended PCC for 2 and a half years since moving to Regina.

When Beth isn’t spending time with her daughter Emilia, you can find her at the Pasqua hospital working.

Emily loves her job as a second-grade teacher, and she is very grateful to have a career that is incredibly life-giving. Emily married Christopher in August of 2019 and they have settled into life here in Regina.

She is excited to be a part of the Elders board and to learn more about what church leadership looks like. Emily has served in a variety of ministries at PCC, and she looks forward to what God will teach her while she is part of this new team. 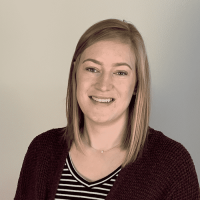 Our Elders board desires to invest in young leaders. One of the opportunities we have to do that is to invite several of the young leaders to come and be a part of the Elders board.  The value is in seeing these leaders grow but also in hearing their heart and thoughts as well as what God is placing on their hearts. The Young Leaders are not a voting part of the board, but they do contribute much to the team and church through their involvement. 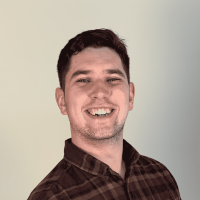 Jon has been attending Parliament Community Church for all twenty-two years of his life and he continues to be actively involved in the life of PCC.
Read More...

Jon is involved in several ministries at church ranging from giving leadership to young adults, working with our youth and helping lead worship. Now he has joinged the Elders board as a young leader.

John has a number of hobbies including music – both listening and playing, hunting and motorcycling.